In study after study, the hiring process has been proven biased and unfair, with sexism, racism, ageism, and other inherently extraneous factors playing a malevolent role. Instead of skills or experience-based recruiting, it is often the case that interviewees get the nod for reasons that have little to do with the attributes they bring to an employer.

“This causes us to make decisions in favor of one person or group to the detriment of others,” says Francesca Gino, Harvard School of Business professor describing the consequences in the workplace. “This can stymie diversity, recruiting, promotion, and retention efforts.”

Companies that adhere to principles of impartial and non-biased behavior and that want to increase workforce diversity are already hard-pressed to hire the best talent in the nation’s current environment of full-employment and staff scarcity.

Researchers have identified a dozen or so hiring biases, starting with a recruiting ad’s phrasing that emphasizes attributes such as “competitive” and “determined” that are associated with the male gender. In fact, study findings have reiterated that even seasoned HR recruiters often fall prey to faulty associations.

Here are five of the most frequently cited reasons for the unintended bias in the hiring process:

Why Bias Is a Problem

In a book titled The Difference: How the Power of Diversity Creates Better groups, Firms, Schools and Societies, Scot E. Page, professor of Complex Systems, Political Science and Economies at the University of Michigan, employs scientific models and corporate backgrounds to demonstrate how diversity in staffing leads to organizational advantages.

Despite the mountain of evidence, the fact remains that many fast-growing companies are still not deliberate enough in their recruiting practices, often times ending up allowing unconscious biases to permeate in their methods.

Diversity in hiring, an oft-used term, is essentially a reflection on different ways of thinking rather than on other biases. For example, a group of think-alike employees might have gotten stuck on a problem that a more diverse team might have tackled successfully using diverse thinking angles.

Although hiring bias is normally shunned, this in no way implies that it doesn’t proliferate amidst large and small organizations alike. The tech industry—and Silicon Valley in particular—was shaken recently by accusations of bias in the workplace, driving many HR managers and C-Suite executives to look for “blind” hiring solutions.

To pave the way for a more diverse workforce—one that is built purely on merit—there is recruiting software built to systematize vetting and maintain each candidate’s anonymity. These packages enable companies to select candidates through a blind process. Instead of looking at an applicant’s resumé through the usual prism of schools, diplomas and past company employers, the first wave of screening can be done based purely on abilities and achievements.

Other packages also enable the employer to write blind recruiting ads, depicting job descriptions that do away with key phrases and words that are associated with a particular demographic—masculine-implied words such as “driven”, “adventurous”, or “independent”, and those that are feminine-coded such as “honest”, “loyal”, and “interpersonal”.

Companies are now attempting to make diversity and inclusion—from entry-level employees to the executive suite—hallmarks of their corporate culture. With an objective to identify and address unconscious bias in all processes and behaviors, companies can introduce unconscious bias training curriculum for first-line managers, by calling on eLearning companies for their eLearning courseware and content.

Virtual Reality (VR) technology can further boost unintended hiring bias. In a  simulated setting, the user manipulates an avatar that was able to assume any number of demographics for applicants in the hiring process. Based on the gender or ethnicity of the avatar, the user experiences bias during question and answer sessions. The solution would use an immersive VR environment, a diverse collection of avatars, and sample scenarios to pinpoint to participants where bias is demonstrated and understood.

Replacement Planning to Deal with Disruption

What’s Immersive, Engaging and has Tech All Over?

Create Virtual Training for Any Field 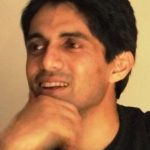 As a business Consultant, Susmit specializes in content, learning and marketing communications across varied industries and domains including Media and Entertainment, Engineering, Pharma, Publishing and Information Technology. He has deep experience in facilitating strategic initiatives for Fortune 500 companies.

whatsapp
Thank you for showing interest in our services.