When many people hear the words “virtual reality (VR)” or “augmented reality (AR),” they think of video games and perhaps flight simulators. I will use VR to describe training with these technologies, although VR and AR are slightly different. In AR, virtual elements are superimposed on a real background, while in VR, a totally synthetic environment is created.

VR proved a disappointment when it was first introduced. The first headsets had good resolution, but lags between the accelerometers used to detect body or head movement and changes of the view led to “cybersickness,” similar to motion sickness. The headsets became unpopular even among enthusiastic video game users.

Progress in the field has led to improvements in VR technology for training in a wide range of industries. The petroleum industry and its service companies make can find VR a valuable training aid, both in upstream and downstream operations.

Consider some of the problems involved in oil & gas development, production, transportation, and processing and how these new technologies can help solve them:

Operational Hazards: Any industry that involves humans interacting with heavy equipment and flammable, explosive and sometimes poisonous materials needs to ensure that personnel are trained to operate equipment safely. In drilling operations, heavy drillstrings must be tripped in and out of a borehole by a derrick with many rig hands nearby. The driller must carefully monitor conditions in the borehole watching for lost circulation or other problems that could cause lost control over the well and a potentially catastrophic blowout. Oil and gas transporting and processing introduce numerous points where fire or explosion could occur if safe operating procedures are not followed.

Location: Unlike manufacturing industries, oil and gas production often takes place in extremely remote locations, onshore and offshore. A “green” employee on a rig will require a considerable learning curve to reach full productivity as a rig hand unless he or she arrives with basic knowledge of rig operations. Experienced hands will have to invest precious time in bringing the new employee up to speed.

Cyclical Industry: In a perfect world, the petroleum industry would be a stable one where little training would be required and most rigs, pipelines, and plants would operate with highly experienced personnel. Unfortunately, petroleum is a cyclical industry with booms and busts that are far more pronounced than in many manufacturing industries. After a bust, some unemployed workers will go into other fields and be lost to the industry. When the boom cycle returns, experienced workers will be in short supply and intensive training programs will be necessary.

In drilling operations, VR can provide trainees with a realistic environment where bad decisions can have consequences, but fortunately not dangerous ones. Whether operating a simulated derrick or watching the gauges on a drilling console, the trainee can be exposed to problems requiring quick decisions but with no possibility of a bad outcome. The VR training module can be customized to work with equipment in use by the employer, and can easily be changed or updated, unlike a drilling simulator console.

For example, one VR training user simulates a motor being lifted by a crane with an improperly selected lifting bolt. The student can examine all the relevant variables before deciding to go ahead with the lift. If the trainee fails to catch the mistake, the lifting bolt shears when the motor is over the drilling platform and the motor falls on an unfortunate test dummy. Obviously, it is far better for this to happen on a VR simulator than on an actual rig!

VR can also simulate a drilling floor environment in which the trainee can glance from the drilling console to the floor, mud pits, and so on. This provides a far more realistic environment than a 2D video.

Employers have made use of VR training in many other areas of operator safety. Some areas where it has been used include hydrogen sulfide (H2S), confined space safety, lockout/tag out (LOTO) procedures, and hot work.

VR and AR can also be used for a subject matter expert to guide a new technician through a complex task remotely. Recently. Baker Hughes engineering specialists used AR to guide a technician through the process of replacing components in a turbine at a plant in Malaysia from their California offices using VR. The savings in airfare and downtime exceeded $50,000.

These examples have primarily dealt with skilled workers. VR has considerable potential for professional employee development of engineers and scientists. For example, VR and AR can give a far better representation of a reservoir than can be obtained from a 2D screen and can be very effective in reservoir description and engineering.

Replacement Planning to Deal with Disruption

What’s Immersive, Engaging and has Tech All Over?

Create Virtual Training for Any Field 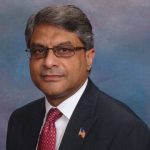 In helping Learning Development leaders gain clarity on how to make the most efficient use of training dollars to improve performance, morale, and business results Indresh brings industry best practices and design-thinking in eLearning and Instructor Led Training (ILT). His expertise is most useful to Fortune 1000 companies that have multiple product lines in highly competitive markets. With thousands of employees and customers across geographies - their success or failure depends upon the "human" performance.

whatsapp
Thank you for showing interest in our services.